With the northeast monsoon in full fury and rain lashing the state, the Tamil Nadu government has declared an Orange alert for seven districts and a holiday for schools and colleges, said officials on Wednesday. ThBengali Chhatra-Yuba Samaj, a West Bengal-based social organisation, on Monday strongly protested against the attacks unleashed by the Khasi, Jaintia and Caro groups in Shillong on October 28. 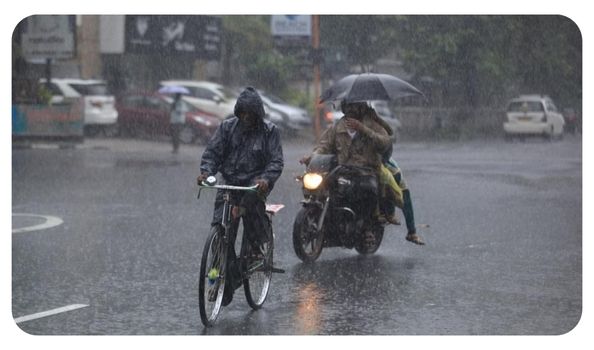 With the northeast monsoon in full fury and rain lashing the state, the Tamil Nadu government has declared an Orange alert for seven districts and a holiday for schools and colleges, said officials on Wednesday. The orange alert has been issued for Chennai, Kancheepuram, Chengalpattu, Thiruvallur, Ranipet, Villupuram and Vellore districts.

While Chennai and Thiruvallur have declared holidays for both schools and colleges, Kancheepuram, Chengalpattu, Ranipet, Villupuram, and Vellore districts have declared holidays for schools only. Since the northeast monsoon hit Tamil Nadu on October 29, rain has been lashing many parts of the state. The capital city Chennai and adjacent districts face heavy to very heavy falls.

Two people have already lost their lives in Chennai — a 47-year-old woman, Shanthi, died after the balcony of her house fell on her, and Devendran, a 52-year-old autorickshaw driver died due to an electric shock after he got stuck in a waterlogged area.

The weathermen have predicted heavy downpours accompanied by thunder and lightning in Tamil Nadu until Saturday, November 5.

With the storm drain work in many parts of Chennai yet to be completed, inundation has occurred in most of the areas of the city. However, local people expressed satisfaction with reduced waterlogging in some areas.

P. Prakash Shenoy, a 42-year-old businessman from Ashok Nagar in Chennai, while speaking to IANS, said, “The stormwater drain work is still not completed and, hence there is waterlogging in many parts. However, the situation has improved since last year, and we expect that the issue will be totally settled.”

The IMD has predicted heavy to very heavy rains in Chennai, Thiruvallur, Kancheepuram, Chengalpattu, Vellore, Ranipet, Tirupattur and Tiruvanamallai districts of Tamil Nadu in the next 24 hours.

The Chief Minister of Tamil Nadu, M.K. Stalin, held a high-level meeting of ministers and officials in the state to face the rain-related issues. Stalin also had a virtual conference with 21 district collectors to tackle the heavy rains and subsequent inundation issues.

People were evacuated from the low-lying areas, and relief centres have been opened in areas experiencing heavy to very heavy rainfall.