SURAT: Multiple roads in the city are to remain closed for routine traffic movement on Sunday evening and Monday morning owing to stringent police bandobast for Prime Minister Narendra Modi's to the city on those two days. 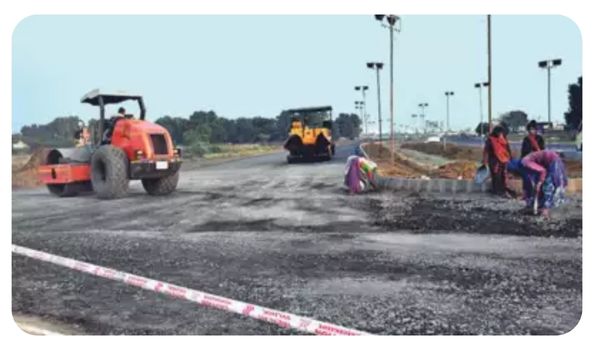 SURAT: Multiple roads in the city are to remain closed for routine traffic movement on Sunday evening and Monday morning owing to stringent police bandobast for Prime Minister Narendra Modi’s to the city on those two days.

People coming or going to Surat airport from the city will have to plan movement in advance as Dumas Road will be off bounds for general traffic for a few hours.

After arrival at the city airport, Modi will go to Mota Varaccha through Dumas Road, Athwalines main road, Ring road and from Sahara Darwaja to Parvat Patia. He will reach the venue through BRTS canal road and Savji Korat Bridge.

Barricading at a few locations on the stretch has already been done as people are expected to gather in large numbers to get a glimpse of Modi.

Similarly, Modi will return to the airport from Circuit House on Monday Morning. For this, there will be traffic restrictions form Athwalines to the city airport.

City police had earlier announced restrictions for parking and movement for vehicles from 6am on Sunday on the entire stretch. While returning to the aiport, restrictions will be imposed between 7 am and 2 pm.

Senior police officials have issued a clarification that the traffic restrictions will not be for the entire day, but only for specific periods facilitating the PM’s convoy to cross these stretches.