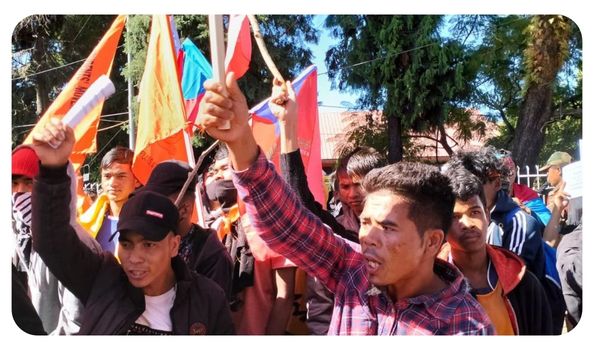 GRAP, first implemented in 2017, is a set of anti-air pollution measures followed in the national capital and its vicinity according to the severity of the situation.

The Delhi government had on Tuesday issued a notice to stop work at the BJP headquarters here and imposed a fine of Rs 5 lakh on private firm Larsen & Toubro Ltd for violating the ban on construction and demolition work.

Rai said the Delhi government will run a special drive at the 13 pollution hotspots in Delhi, including Narela, Anand Vihar, Mundka, Dwarka, Punjabi Bagh, among others.

“Fire tenders will be deployed at these places to sprinkle water,” he said.

Citing a study conducted by the Centre for Science and Environment, Rai said local sources account for 31 per cent of the air pollution in Delhi, 54.5 per cent comes from other areas in the National Capital Region and the rest is due to biomass burning.

“The air pollution problem cannot be resolved through politics. The Commission for Air Quality Management (CAQM) has come up with Graded Response Action Plan (GRAP), which will have to be implemented in Uttar Pradesh and Haryana too — in Ghaziabad, Noida, Greater Noida, Gurugram and Bahadurgarh.

We have been following GRAP and have accordingly banned construction work, barring some essential projects, in Delhi. We need the support of the governments in Haryana and Uttar Pradesh. They need to become active,” he said.

Asked about the National Commission for Protection of Child Rights’ notice to the Delhi government for not ordering closure of schools, Rai said the recommendations will be sent to CAQM.