Ajmer Divisional Commissioner issued orders for the suspension of internet services for the next 48 hours in the Bhilwara district. Bhilwara Superintendent of Police (SP) urged the people to cooperate to maintain law and order. 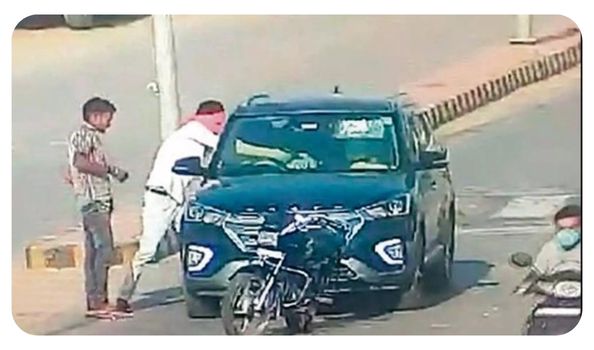 A man was shot dead and another injured by unidentified bike-borne assailants in the Bhilwara district of Rajasthan on Thursday, following which the internet services were suspended for 48 hours.

According to the police, it is a case of revenge killing. The bike-borne assailants opened fire on the brothers to avenge the murder of Adarsh Tapadia that took place six months ago.

The accused have been identified and raids are being conducted to nab them. Prima facie, it looks like a revenge murder as a murder had happened almost six months back wherein the victims of this incident were accused in the former incident. The family members of the victim in the previous case are involved in today’s case,” said Inspector General (IG) of Ajmer range Rupendra Singh.

G Singh said that the investigation is going in the right direction.

Ajmer Divisional Commissioner issued orders for the suspension of internet services for the next 48 hours in the Bhilwara district. Bhilwara Superintendent of Police (SP) urged the people to cooperate to maintain law and order.

“Important clues gathered in this case. I appeal to people to cooperate to maintain law and order,” said the Bhilwara SP.

Meanwhile, the President of Muslim Sadbhav Sewa Samiti, Bhilwara demanded a job for the family members of the deceased and ₹10 lakh to the injured.

“This isn’t tolerable. We demand from officials to understand our sentiments else there’ll be a protest. We demand the accused to be arrested, a family member of the deceased be given a job and ₹50 lakhs to his family, and ₹10 lakhs to the injured,” said the president.