The flood-like situations were reported from many areas in Chennai on Monday as heavy rains continued in the city. 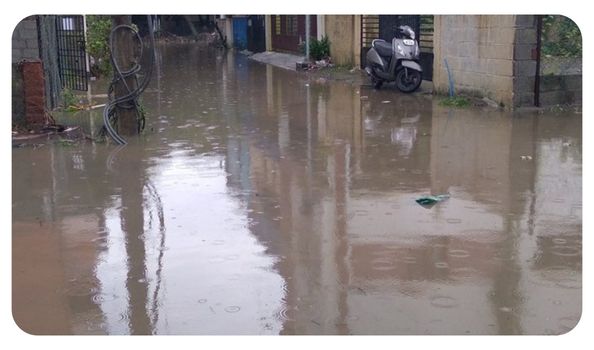 The downpour in the city strengthened around noon and areas like Tambaram, KK Nagar, Alandur, MGR Nagar, Mugalivakkam, Maduravoyal and several other places received a good spell of rain. Waterlogging resulted in severe traffic snarls at many locations. Commuters and motorists were seen wading through the rainwater. Many areas in the city have been under water for the past three days due to the incessant rains since Friday. City residents have been asking the civic authorities to expedite the pumping of floodwater from marooned areas. It is also reported that some areas are facing power cuts and water supply disruptions. Areas including Saidapet, Koyambedu, Virugambakkam, Madipakkam, Mangadu, and Iyyapanthangal witnessed severe waterlogging also on Sunday and Saturday. Incessant downpours resulted in Chitlapakkam Lake overflow and water entered several residential areas in the city, especially in Tambaram.   News source: TIMESNOW