Rain to continue till Oct 18 in Mum: Met

The withdrawal of southwest monsoons which began from parts of Maharashtra on Friday may be delayed for Mumbai this year. 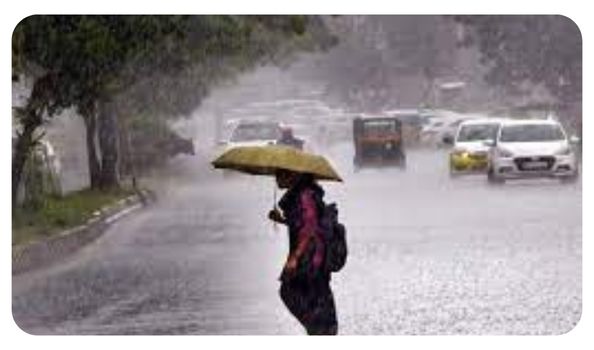 MUMBAI: The withdrawal of southwest monsoons which began from parts of Maharashtra on Friday may be delayed for Mumbai this year. The weather bureau in its five day forecast for Mumbai, Thane and Palghar has indicated that thunderstorms accompanied with lightning, light to moderate rains are expected to continue till October 18.Last year the monsoons withdrew from Mumbai on October 14. The official withdrawal date is October 8. âOn Friday monsoon withdrew from the northern parts of Madhya Maharashtra namely Nandurbar, Dhule, Jalgaon,â said Dr Jayanta Sarkar, scientist and IMD Mumbai head. IMD officials also said that conditions are very likely to become favourable for further withdrawal of southwest monsoon from some more parts of Maharashtra during next the 3 days.However, on Friday the entire city including adjoining areas of Thane and Navi Mumbai saw intense thunder and rain activity starting at 4. 30pm.The rainfall recorded for the month of October this year by the IMD Santacruz observatory has been 167 mm. This is much higher than the average rains required for the month which stands at 91. 3 mm. Last week, between October 7-8 leading to intense overnight rains, the 24 hour rainfall recorded by the IMD Santa Cruz observatory touched 114 mm.This was the highest 24 hour rainfall for the month of October in the last one decade. The sudden thunderstorm activity led to atleast eight arrival flights diverting to other airports, while many other evening arrivals and departures were delayed. Among the flights that diverted were Air India arrivals from Goa and Chennai, Vistara flights from Bangkok and Delhi, IndiGo flights from Male and Delhi. International carriers such as Qatar Airways’ Doha flight was diverted to Ahmedabad while Emirates Dubai flight diverted to Hyderabad.