Vehicles deployed for emergency services and government and election-related work do not come under the ban purview. The Centre's air quality panel may take a call later on revoking curbs under GRAP stage Ill plan. 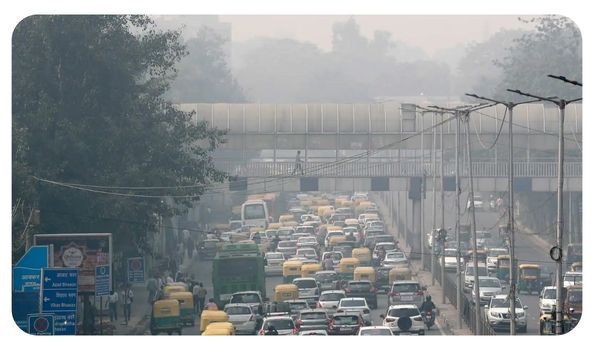 Curbs on the movement of BS-III petrol and BS-IV diesel vehicles in Delhi will remain in place till November 13, officials said after a meeting on Thursday.

The Delhi government’s transport department held a review meeting to discuss if the curbs should continue following an improvement in the national capital’s Air Quality Index (AQI) in the last few days.

The 24-hour average AQI in the national capital stood at 295 on Thursday. It was 260 on Wednesday, 372 on Tuesday, 354 on Monday, 339 on Sunday and 381 on Saturday.
With air pollution levels in Delhi improving to the ‘poor’ category from ‘very poor’, the Commission for Air Quality Management (CAQM) on Thursday said it would review the situation on November 11. The Centre’s air quality panel may take a call on revoking curbs in place in Delhi-NCR under Stage Ill (Severe) of the Graded Response Action Plan (GRAP), an official said on condition of anonymity.
“BS-III petrol and BS-IV diesel four-wheelers in Delhi will remain banned under Stage Ill of the Graded Response Action Plan,”

Environment Minister Gopal Rai had said at a press conference on Monday.
In an order on Monday, the transport department had said owners of vehicles found plying in violation of the rule would be prosecuted under the Motor Vehicles Act, which could invite a fine of 20,000.

Vehicles deployed for emergency services and government and election-related work do not come under the ban purview.
The transport department said in its order, “As per the directions provided under Stage Ill of revised GRAP, there will be a restriction to ply BS-III petrol and BS-IV diesel light motor vehicles (four-wheelers) in the jurisdiction of NCT of Delhi. The above directions will remain enforced till November 13 or downward revision in GRAP stage, whichever is earlier.