50 Shops Burnt In Delhi Market Fire, Over 150 Firefighters Brought In

A video showed fire spreading to adjacent buildings in the area with the flames touching the electricity wires. The fire department said locals informed them about the incident at 9.20 pm, after which about 150 firefighters were rushed to the site. 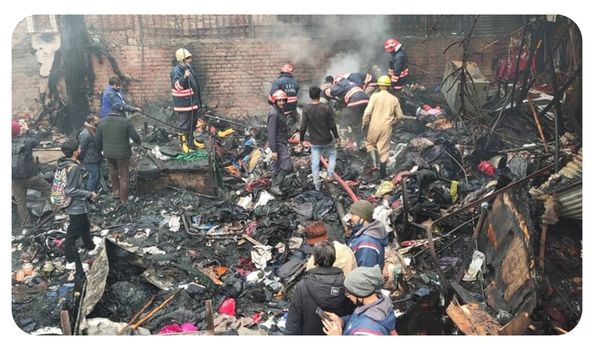 More than 50 shops were destroyed n a massive fire in the wholesale market of Bhagirat Palace area in North Delhi’s Chandni Chowk even as the cooling operations are currently underway.

The fire department said locals informed them about the incident at 9.20 pm, after which about 150 firefighters were rushed to the site.
Currently, 22 fire tenders are engaged in the cooling process as the fire has been brought under control after over 12 hours, a fire department official said.

The narrow lanes in Old Delhi made it difficult for the fire trucks to reach the incident site.

“A major part of the building has been damaged and officials are using remote control fire fighting machine to douse the flames,” said Atul Garg, Delhi Fire Service Director.