With most public transport buses remaining off road due to a strike by the contractual employees of Punjab Roadways, Pepsu Road Transport Corporation (PRTC) and Punbus for the last five days, thousands of passengers have been suffering daily across the state. 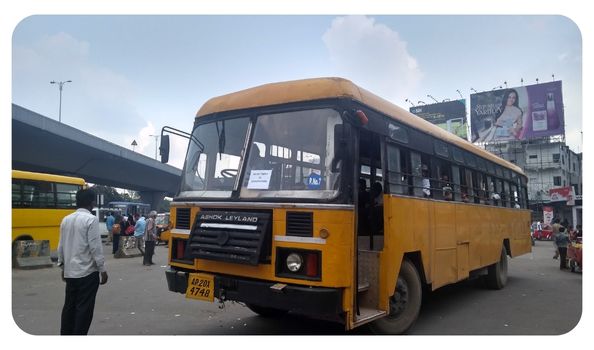 Jalandhar: With most public transport buses remaining off road due to a strike by the contractual employees of Punjab Roadways, Pepsu Road Transport Corporation (PRTC) and Punbus for the last five days, thousands of passengers have been suffering daily across the state.

Crowds of passengers could be seen at different bus stops. The few buses which are plying — mainly private and some public — are packed with passengers. According to striking employees, suspension of a Punbus conductor in Batala and transfer of some employees from Ferozepur to Patti are at the centre of their agitation. “That conductor was suspended wrongly. We have been demanding he should be reinstated. Authorities could have completed the enquiry against him without any delay and the issue could have been cleared, but it was delayed.

Earlier also, several contractual employees have been employees have been placed under suspension over minor issues. We have been demanding their reinstatement also. Our issues our minor,but authorities fail to resolve these in time and we had to go on strike,” said Satpal Singh, president of Jalandhar unit of Punjab Raodways, Punbus, PRTC Contract workers Union, Punjab.

” In Punjab Roadway Jalandhar Depot 2, there are total 110 buses and only three have been operating. Most of the employees are already contractual and they are on strike,” he said.

There have been few buses of public transport visible on the roads.

When contactd, Punjab director (transport) Amandeep Kaur said a meeting was held with union leaders on Monday and their issues had almost been resolved. ” Demands were minor.We have assured these can be sorted out in few days,” she said.