Azam Khan was charged for a provocative speech against PM Narendra Modi, Yogi Adityanath and IAS officer Aunjaneya Kumar Singh by the then district magistrate 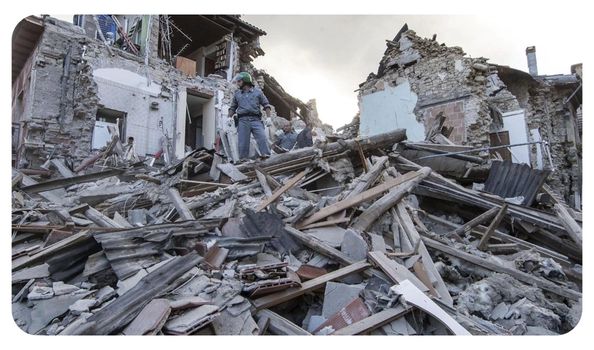 The Samajwadi Party leader had accused the Prime Minister of creating an atmosphere in the country in which Muslims found it difficult to exist.

Mr Khan is virtually the number two leader in Akhilesh Yadav’s Samajwadi Party, with a strong following in Rampur and other parts of western Uttar Pradesh.

The powerful leader stands to lose his membership of the state assembly if, after his conviction, he is sentenced to two years in jail or more.

Mr Khan was released from jail in May after the Supreme Court granted him interim bail.

As per the Seismic Intensity Map, the intensity observed was too low and the tremor might be felt up to a radial distance of 7 to 10 km from the epicentre

As per the Seismic Intensity Map, the intensity observed was too low and the tremor might be felt up to a radial distance of 7 to 10 km from the epicentre

An earthquake of 1.7 magnitude was recorded in Gudapalli village of Aurad taluk in Bidar district on the intervening nights of Tuesday and Wednesday. As per the Karnataka State Natural Disaster Monitoring Centre (KSNDMC), the earthquake occurred at 12.44 am on Wednesday. And its coordinates are latitude 18.1635 degree north and longitude 77.5562 degree east. The epicenter of the earthquake was 1.5 km southeast of Ujani village, Gudapalli gram panchayat in Aurad taluk, while its depth was 20 km. As per the Seismic Intensity Map of the above earthquake from the epicenter, the intensity observed was moderate and too low and the tremor might be felt up to a radial distance of 7 to 10 km from the epicentre. Second time in a month On October 16 night, an earthquake of 3.3 magnitude of earthquake was recorded in Hilalpur village of Humnabad taluk and an earthquake of 1.4 magnitude was recorded at Dongaon village in Aurad taluk of Bidar district.